By clicking on the blue portal below, you can download a PDF of the November 26 edition of the San Bernardino County Sentinel.

A team of seven burglars acting in a coordinated fashion and using a crying baby as a diversion tactic succeeded in pulling off a creative blitz robbery of a market in the western unincorporated county area of Fontana on November 15, netting some $57,000 to $60,000.
There are reliable reports that the team has used the tactic elsewhere.
Seven women, all wearing masks in apparent compliance with COVID-19 precautions, filed two by two out of a white Dodge van without license plates that had pulled into the parking lot of the Village Ranch Market located at 15091 Merrill Avenue in the Fontana area on Monday, November 15 around 8.45 p.m., fifteen minutes before the market’s closing. One of the women carried a crying baby.
The Village Ranch Market is a store selling all order of edibles, including meat, vegetables, dairy products, other perishables, as well as canned, boxed and packaged goods. Located within a district heavily populated by Hispanic residents, the enterprise serves as a type of local de facto bank, cashing checks for known neighborhood residents, including payroll checks, stimulus checks and federal credit checks.
The market’s proprietor, Harvinder Sandhu, at that point had begun to tally the store’s proceeds for the day. With the crowd of people coming into her establishment, Sandhu quickly gathered up the checks, consisting of between $39,000 and $42,000, and $18,800 in cash, and hastily set it onto her desk and into drawers in the store’s office. She returned to deal with the influx of customers.
The woman who was carrying a baby made a point of explaining that she and those she was with were Armenian and new to the area. She expressed to Sandhu a degree of urgency relating to her baby, who was crying.
“She said, ‘The baby’s hungry and I need formula,’” Sandhu said, quoting the woman. When Sandhu showed her where the formula was, the young mother continued to engage with her, insisting that she wanted formula that was sold in small single use quantities. This struck Sandhu as odd, since she recognized that formula packaged in that fashion is not sold but made available to new mothers by hospitals upon being discharged from a maternity ward, intended as an immediate postpartum convenience to mothers so they can feed their newborns during the first week or so after they return home.
While the mother and child were monopolizing Sandhu’s attention, one of the other women used the opportunity this diversion created to military crawl into the store’s office, where she then allowed one of her accomplices inside, and the duo stole what was reportedly $50,000 in cash and checks.
While this was ongoing, two of the other women positioned themselves in the aisle next to the office as if to stand guard or give warning to the two women in the office if Sandhu should give indication she heard anything amiss or made a move toward going into the office. Meanwhile, the woman with the child said she would seek the formula she was looking for at a department store where she believed that product was available. At that point, two of the other women came to the sales counter to make purchases of less than ten dollars worth of merchandise, primarily candy.
The two women inside the office, who had found the cash and checks on the desk and in the drawers, also ransacked Sandhu’s purse, which was in the office, leaving it open, and then exited the office while Sandhu was engaged in making the candy sales.
At that point, the women, with the baby and the loot, exited the store and fled in the unmarked white Dodge van they had arrived in.
Shortly thereafter, Sandhu said, she went into the office, and discovered the cash and checks missing. In her words, she made a “panicked call to the sheriff’s department.”
She was able to piece together what had occurred later by reviewing the store’s security video system.
Sandhu made an immediate effort to contact the customers whose checks she had cashed but not yet processed though her bank to have them arrange to have payment on them canceled, a precaution she took even though those who have possession of the checks will need identification to cash them again.
An extensive report of the incident was made to the San Bernardino County Sheriff’s Department, which secured medium resolution security camera video footage depicting the perpetrators, from which stills have been obtained. Because the women were wearing face coverings extending over their mouths and noses, no specific identifications have yet been made.
Sandhu made an effort to draw as much attention to what had occurred, posting an account of what had befallen her on the Village Ranch Market’s Facebook page, including photos of the team of thieves. Sandhu subsequently received phone calls and contact from other merchants who were victimized by the team. One of those was a store in Burbank, which was hit in October. Another call came in last night, Thanksgiving, from another merchant in Thousand Oaks. In the Thanksgiving heist, the women were accompanied by a man.
Sandhu made what is probably a futile plea to those who had victimized her for them to return the checks they had taken, since they cannot be converted to cash, so she can use them to make at least some recovery of the $57,000 to $62,000 she lost on November 15. “Just drop them off somewhere where they can be be returned to me,” she asked, in the hope that one of those who robbed her might read this account in the Sentinel.
An investigation is ongoing and detectives are yet attempting to determine if the application of face recognition technology to the videos can produce anything fruitful.
-Mark Gutglueck

Neither the National Transportation Safety Board nor the San Bernardino County Sheriff’s Department has identified the victim of a plane crash that occurred in the San Gorgonio Wilderness on November 20.
Initial reports were that plane wreckage involving a two-seat Glasair III that went missing Saturday was found roughly 40 miles east of Big Bear City.
While that report said the plane, carrying a single pilot, was in “mountainous terrain,” a point 40 miles east of Big Bear City is in the desert roughly five miles north of Twentynine Palms. More recently, the Sentinel was informed, the plane came down roughly 1.23 miles west of San Bernardino Peak in the San Gorgonio Wilderness area about 5 miles east southeast of Angeles Oaks.
The pilot was killed in the impact.
The plane left Camarillo Airport in California on November 20, with a destination of Phoenix-Deer Valley Airport in Arizona. It was reported as having gone missing on Saturday, November 20.
The Glassair III, a single-engine craft, was described as an “experimental” model.
It is unclear how it was known that the airplane crashed where it did, though based on available information, a report of the crash was relayed to the both the San Bernardino County Fire Department and Sheriff’s Department early Sunday morning. It took personnel with the San Bernardino County Sheriff’s Department’s search and rescue team six hours of hiking in difficult terrain to reach the crash, after which a sheriff ’s helicopter was vectored to the location. While that aviation unit hovered above the crash location, a National Transportation Safety Board official was lowered to the ground with San Bernardino County Fire Department personnel and a sheriff’s investigation team.
The fire department personnel assisted in the effort by finding, securing and safely establishing landing zones for other aircraft involved in the operation.
The pilot’s remains were in the custody of the coroner’s office in San Bernardino on Tuesday, at which time work to positively identify the corpse was under way.
The pilot was the sole occupant of the plane.
The preliminary indication from the Federal Aviation Administration was that the crash was an “accident,” with pilot error the likely cause.
-Mark Gutglueck 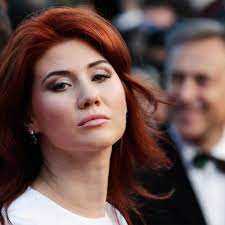 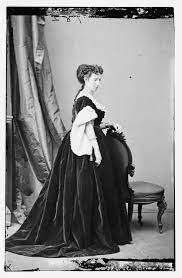