By clicking on the blue portal below, you can download a PDF of the May 14 edition of the San Bernardino County Sentinel.

For the second time in four months, a sexual assault has been made on a female customer seeking massage services from therapists plying their trade in the Chino Valley, according to law enforcement authorities.
The May 3 incident involving Omar De Soto in Chino Hills and the January 17 matter in Chino in which Edgar Uriel Estrada was implicated have multiple similarities.
On January 17, 2021, a woman went to Massage Green Spa at 3926 Grand Avenue in Chino for a Sunday massage. According to the woman, her massage therapist attempted to rape her.
Thereafter she drove to the Chino Police Department headquarters, arriving at 1:49 p.m., where she reported the assault. Officers with the department set about trying to identify and locate the perpetrator.
Ultimately, the therapist was identified as Edgar Uriel Estrada, 27 of Moreno Valley. Estrada was summoned to the police station by a detective. When he arrived at the headquarters around 9 p.m. on the evening of January 17, a further investigation including questioning of Estrada took place. He was arrested at 9:29 p.m. and booked on suspicion of sexual penetration with force at 1:08 a.m. Monday, January 18 on $200,000 bail at the West Valley Detention Center in Rancho Cucamonga.
This week, county court records are not available to allow a determination of whether Estrada is yet in custody.
On May 2 another massage therapist from Riverside County forced himself sexually upon one of his customers in a fashion reminiscent of the previous assault.
In that case, a 49-year-old Chino Hills woman arranged to have a Sunday massage through an online company, Soothe, which sets up such services. Soothe sent 38-year-old Omar De Soto to the location specified by the woman.
After De Soto initiated the massage treatment, he sexually assaulted the woman.
Subsequently, the woman contacted the San Bernardino County Sheriff’s Department, which serves as the police department for Chino Hills. She told detectives she had been sexually assaulted in the course of the treatment.
The following day, Monday May 3, De Soto was taken into custody and jailed at the West Valley Detention Center, on suspicion of sexual assault. Initially held in lieu of $100,000, De Soto has been released after a bond was posted for him.

Representatives Mike Garcia (CA-25), Kevin McCarthy (CA-23), Jay Obernolte (CA-08), and Ken Calvert (CA-42) led a letter from the California Republican Congressional Delegation to U.S. Department of Justice (DOJ) Attorney General Merrick Garland regarding the dangerous increase of illegal marijuana grows in southern Californian.
The letter comes due to an alarming escalation in dangerous criminal activity across Southern California related to illegal marijuana grow operations.
“We have heard from our constituents of heinous incidents of intimidation, coercion, and violence being used by illegal growers to ensure that their operations continue unimpeded,” the lawmakers wrote. “There have also been multiple homicides at these grow sites as opposing criminal syndicates engage in turf wars. In September of 2020, seven bodies were discovered at an illegal grow in Riverside County, and, just recently, two bodies were discovered at another site.”
In addition to menacing Californians, the criminals operating the illegal grows are damaging public lands and stealing resources from residents.
“It’s estimated that at the end of 2020, illegal marijuana grows were illegally consuming between 11 and 36 million liters of water daily,” the lawmakers wrote. “Water is already a precious resource in California, we cannot allow these illegal operations to exacerbate the problem further.”
The vast majority of illegal grows are operated by illegal immigrants who have either entered the country illegally or have overstayed visas. Many of the individuals arrested at these marijuana grows have been discovered to be victims of human trafficking, forced into servitude at these grow sites. The sharp increase in illegal grow operations, which swelled as much as 300% in some areas over the last year, is a result of the dangerous combination of lack of law enforcement and lack of border security.
“The growth is fueled in part by the knowledge that criminals who are arrested will ultimately face no consequences,” the lawmakers wrote. “We have heard from local, state, and federal law enforcement who are frustrated that their hard work is routinely rendered pointless by prosecutors who refuse to charge offenders unless they commit additional, ‘more serious’ crimes as well. When prosecutors wait for violent or other serious crimes to occur before charging these criminals, our constituents pay the price.”
The lawmakers requested that the U.S. Attorney General utilize whatever authority is available to address the growing crisis, including prosecuting these criminals to the fullest extent allowable under the law, to cut off the escalating fear and violence in their districts.
Reps. Doug LaMalfa (CA-01), Tom McClintock (CA-04), David Valadao (CA-21), Devin Nunes (CA-22), Young Kim (CA-39), Michelle Steel (CA-48), and Darrell Issa (CA-50) also signed on to the letter requesting answers from DOJ. 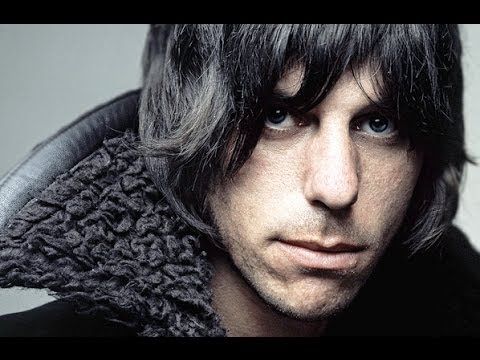