By clicking on the blue portal below, you can download a PDF of the April 28 edition of the San Bernardino County Sentinel.

The county has pretty much signed off on allow Lennar Homes build 128 houses on 34 acres northerly of Lytle Creek Wash and south of the intersection of Glen Helen Parkway with Interstate Highway 15 in the Devore area.
According to a joint report and recommendation from Gerry Newcome, the county’s director of public works, and Tom Hudson, the director of the county’s land use services division, that was accepted by the board of supervisors on last week, Lennar satisfied requirement that it commit to providing the infrastructure needed to accommodate the development.
Lennar signed a performance guarantee agreement and shelled out $46,052 in cash to place markers on the surveyed area where the development is to take place for the purpose of distinguishing the boundaries identified and specified during the completion of the survey, it put up a tax bond of $170,700 in cash and pledged a $1.48 million surety for roads & drainage, a $740,000 surety to secure labor and materials, laid out a $790,500 surety and signed a performance agreement along with another $395,250 surety to cover labor costs with regard to providing water to the subdivision, matched by dual $833,000 and a $416,500 sureties for the sewer system and the labor and materials to build it.
“To date, final monuments for Tract No. 17771 have not been set and all required road and drainage, water, and sewer improvements have not been completed. The owner of the subdivision, Lennar Homes of California, Inc. is therefore required to enter into an agreement with the County to furnish the equipment, labor and material necessary to complete the improvements. Additionally, Lennar and its surveyor, Robert J. Dawson, are required to enter into an agreement with the County to complete the monumentation,” according to Newcombe and Hudson. “The recommended securities and agreements will ensure the construction and warranty of the required development infrastructure and the setting of final monuments for the project pursuant to the California Subdivision Map Act, the San Bernardino
County General Plan, and the County Code. The labor and material securities will secure payment to the contractor, the subcontractors, and persons furnishing labor, materials, or equipment for the improvements.

Culver City – During the Board of Equalization’s Regular Meeting today in Culver City, Board Members voted 5-0 to adopt new policies that establish stricter protocols regarding member education and outreach.
The reforms were crafted in response to the recent Department of Finance audit and were approved within the context of the Customer Service and Administrative Efficiency Committee, which George Runner oversees.
“The actions taken today establish clear limitations and guidelines for Board Member education and outreach activities, and reinforce actions already taken by the executive director,” said Runner. “We have a constitutional duty as elected officials to tackle these issues and run an efficient agency.”
The policy changes include creating a more robust clearance process for outreach activities, requiring Board review for certain events, and imposing a moratorium on all conferences until a new outreach plan has been adopted by the full board. The board also directed the development of memorandums of understanding for loaned staff.
“These reforms are vital steps towards remedying issues identified in the audit,” added Runner. “For the next Board meeting agenda, I will include empowering the executive director to hire all executives (CEAs) outside of the chief counsel and future executive directors.
“We’ll also discuss annual training requirements for all board members and staff on the proper role of elected board members related to Budget Act Provision 1 and other legal requirements.”
The next regular Board of Equalization meeting will be held in Sacramento beginning May 23.

By Count Friedrich von Olsen
Some or all of my readers may have caught that California State Auditor Elaine Howle has discovered that University of California officials and University of California President Janet Napolitano in particular hid $175 million of reserves from the public and even the UC system’s board of regents…
Napolitano, a Jerry Brown appointee, hatched a secret spending plan, according to Howle. And as a neat way of keeping all of this under wraps, Ms. Napolitano made sure that those most likely to blow the whistle on all of this – her staff – received healthy salary and benefit increases…
According to Howle, state bean counters found that UC’s central office had accumulated more than $175 million in reserves that it failed to disclose, including money it collects from campuses for a variety of programs, some of which make it more expensive for the students to attend school. Some of this money came from a series of university system initiatives ranging from reducing the university’s use of fossil fuels to increasing cybersecurity…
According to one of Howle’s findings, it appears Napolitano’s office inserted itself between survey takers and university officials at the various campuses, intercepting the results from those surveys and, what is a nice word to use here – altering – the results so it would look like the quality and cost of services the individual campuses were receiving from the central UC officer were better than they actually are or were. This survey was supposed to be confidentially accomplished. As it turned out, it was not confidential. Those who offered candid responses that were less than flattering about Ms. Napolitano and her bunch might soon be looking for new jobs…
Other findings by Howle are equally disturbing. Administrative spending after Napolitano took control shot up by approximately $80 million, or 28 percent, that is, between 2012-13 and 2015-16. According to the audit, the central office had not tracked those expenditures. In one of the oldest bureaucratic tricks in the book, Napolitano’s office received significantly more funding than it needed in each of the four years under review. It consistently requested increases in future budgets based on each previous year’s bloated spending allotment. And in 2015-16 top executives were paid a total of $3.7 million, $700,000 more than other top-paid executives at comparable state agencies. More shocking still, they spent no less than $21.6 million in employee benefits, including contributions to supplemental retirement savings plans…
In the sake of keeping things even here, the University of California disputes at least some, though not all, of Howle’s findings. The system claims its funding reserve is actually $38 million, not $175 million. A statement from Napolitano’s office said Howle “fundamentally and unfairly mischaracterizes the University of California Office of the President’s budget processes and practices in a way that does not accurately capture our current operations nor our efforts and plans for continued improvement.” That sounds like some more hiding the ball. It is hard for me to believe that the $137 million discrepancy could be an honest bookkeeping mistake…
How do we know all of this is really bad? Because the state’s top Democrats are lining up to take a shot at Ms. Napolitano, who is a prize Democrat herself, having once been the governor of Arizona and the director of homeland security under President Barack Obama. Now California Lieutenant Governor Gavin Newsom, who wants to be governor when Jerry Brown leaves, and other Democrats such as Sacramento Assemblyman Kevin McCarty, who requested the audit, and San Francisco Assemblyman Phil Ting have become critical of Napolitano. After years of laying down for Jerry Brown, now that he is a lame duck and his appointments and choices are being shown for what they are, each of these opportunists is ready to depart from the governor’s fold, hoping they can vault into higher office. This is political calculation at the worst. Like General George Patton said, “Politicians are the lowest form of human life. Democrats are the lowest form of politician.” Meanwhile, let’s start a collection for Ms. Howle. I have a feeling she is going to soon be in need of some money to tide her over while she seeks employment after Jerry Brown fires her as California State Auditor… 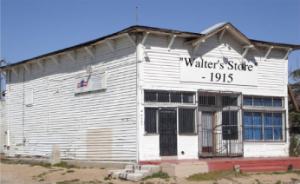 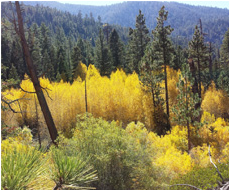