By clicking on the blue portal below, you can download a PDF of the May 26 edition of the San Bernardino County Sentinel.

In illustration of how close Los Angeles-based Cadiz, Inc. is to getting final clearance to extract millions of gallons of water per year from the east Mojave Desert for domestic use in Los Angeles, Orange and Riverside counties, Senator Dianne Feinstein, D-California, on Wednesday May 24, made called on the Trump administration to continue a policy of preventing the use of a Mojave Desert railroad right-of-way for the controversial Cadiz Water Project.
Los Angeles-based Cadiz, Inc wants to pump large volumes of water from wells it owns in the remote Cadiz Valley and send it by pipeline a distance of roughly 40 miles along the railroad right of way owned by the Arizona & California Railroad to the Colorado River Aqueduct. The water then could be sold to Southern California water providers. In a ploy that environmentalists and other opponents of the project considered an unprincipled display of sleight of hand, the proponents of the project in 2012 arranged to have the Santa Margarita Water District in Orange County, which is one of the entities that is lined up to purchase the water from Cadiz, Inc., serve as the agency that approved the project and oversaw its environmental certification, despite the consideration that the district is some 235 miles away from the project site.
A series of environmental challenges and lawsuits delayed the implementation of the project. Cadiz, Inc. has succeeded in overcoming all of those lawsuits or having them dismissed. The last obstruction to the project is a 2015 U.S. Bureau of Land Management decision that Cadiz, Inc. could not use the existing federal railroad right-of-way for the water pipeline it intends to construct to convey water drawn from the aquifer to the Colorado River Aqueduct without going through a federal environmental review, under the the National Environmental Policy Act. The company has not undertaken that study, let alone completed it. The Donald Trump Administration has shown support for the project, and in the form of a memo from a Bureau of Land Management acting assistant director in April, revoked two of the legal bases for the agency’s 2015 decision.
Cadiz, Inc. has now asked the federal government to expedite giving it the all clear to proceed. Such an okay is anticipated within the next several weeks.
On May 23, Feinstein wrote a letter to U.S. Interior Secretary Ryan Zinke, requesting that his agency uphold the Bureau of Land Management’s 2015 determination that Cadiz cannot use the railroad right-of-way on federal property to convey water drawn from beneath the fragile Mojave Desert without further federal environmental reviews.
“If Cadiz is successful in building its project, a major aquifer that sustains life in California’s Mojave Desert will be destroyed,” Feinstein said publicly. “This would be a terrible legacy for this administration to allow the destruction of all that we’ve done to preserve this amazing desert for posterity.”
Cadiz officials say taking water out of the desert will not hurt it. –Mark Gutglueck 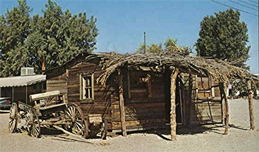 The limber pine is present in the San Bernardino mountains. Known by is scientific name, Pinus flexilis, the limber pine is a species in the Pinaceae family that occurs in the mountains of the Western United States, Mexico, and Canada, most commonly in the Rocky Mountains. Individual limber pine trees, such as one approaching 3,000 years old in the upper North Saskatchewan River at Whirlpool Point in Albe, one more than 2,000 years old in the Eagle Cap Wilderness in Oregon and another 1,700 years old in the Alta Ski Area in Utah, are among the oldest known continuously living things on earth.
Pinus flexilis is typically a high-elevation pine, often marking the tree line either on its own, or with whitebark pine (Pinus albicaulis), either of the bristlecone pines, or lodgepole pine (Pinus contorta). A very durable tree if not attacked by white pine blister rust, the limber pine grows at elevations from 5,000 to 12,000 feet. As an exceptionally slow growing species, it does not compete well with the other conifers in its habitat. It will be found thriving in places where white fir, western hemlock, lodgepole pine, Douglas-fir and Engelmann spruce can’t survive. This often means southwestern slopes, on the very edge of cliffs or in pockets on talus slopes. Ironically, it’s the limber pines that will eventually stabilize enough soil to make it possible for the other trees to grow on the same location.
This pine has a short, thick trunk with an irregular crown and can develop a stunted, twisted form, very low to the ground. Compared to many of the other conifers, it is a relatively small tree. In favorable conditions, it grows to heights of between 65 feet and 80 feet tall. On exposed treeline sites, mature trees are much smaller, reaching heights of only 15 to 35 feet. They are about 12 to 30 inches in diameter. The needles are found in bundles of five, in tufts, at the ends of the branches. The tree sheds its needles about every five years.
Pinus flexilis, is an important source of food for several species, including red squirrels and Clark’s nutcrackers. American black bears may raid squirrel caches for limber pine nuts. Squirrels, Northern flickers, and mountain bluebirds often nest in the trees.
Distinguishing limber pine from the related whitebark pine (pinus albicaulis) and the western pine (pinus monticola) is difficult, the major distinguishing characteristic being the trees’ cones. In limber pine, the cones are (2 1⁄4–4 3⁄4 inches long where the species overlap, are green when immature, and open to release the seeds; the scales are not fragile.
The Limber Pine’s branches are so limber that they can be bent double without breaking, a distinct advantage in withstanding severe winds and snow loads. The heartwood of the Limber Pine is dense, seasons well, and works easily, but does not last well so it is of little commercial significance. Limber Pine nuts are also edible although not quite as tasty or nutritious as the pinyon nuts.
Limber pine is susceptible to white pine blister rust, caused by Cronartium ribicola, a fungus that was introduced accidentally from Europe. Limber pine mortality is high in many areas throughout its range, except Arizona, where white pine blister rust has not yet been found.