By clicking on the blue portal below, you can download a PDF of the San Bernardino County Sentinel.

He is running for city council, Jeffrey McConnell said, because “After 19 years as an advocate for ‘We the People’ and 65 years in the school of common sense and a working man’s experience, it is time to move up to the next level.”
He is qualified to hold the position of city councilman, McConnell suggested, as a consequence of his filling the role of community advocate for 19 years.
“I have been fighting for a safer community,” he said. “I have historically supported youth sports, a more business friendly atmosphere, a balanced budget with more than two years of reserves, no more warehouses or trucking in Grand Terrace and protecting our exceptional quality of life. For 16 years I have been involved volunteering in the Lions Club. I am a past member of the board of directors for the Grand Terrace Area Chamber of Commerce. I was for six years the editor of the Blue Mountain Outlook. I am the past chairman of the Grand Terrace Parks and Recreation Committee. I am currently on the planning commission. I formed the “No on Measure C” political action committee to oppose and defeat a measure for the imposition of a utility tax in our city in 2013. I have a track record of being a member of various ad hoc committees over the last 19 years. I am at present the editor of the Grand Terrace Happenings newspaper, which is dedicated to keeping everyone informed of the activities at City Hall and around Grand Terrace.”
He is distinguished you from his opponents in this year’s race, McConnell said, in that “I have a lifetime of the workingman’s real life experiences and perspective of dealing with the bureaucracy in government.”
In sizing up what he considered to be the major issues facing the city, McConnell said, “Our challenge is we cannot expand out. We are geographically boxed in on 3 sides and our small demographic population and lack of pass-through traffic makes it not appealing to major outlets.”
Those issues should be redressed, McConnell said, by “building up our tax base through private property development and our commercial district to achieve enduring financial stability.”
He proposes that the city will pay for the solutions he is suggesting by “incentivizing development. Over 50 percent of our budget comes from our property tax share. We still have lots of underdeveloped property that can be developed to increase our tax base without floating another tax on the ballot.”
He has previous experience relating to government, McConnell said.
“As a contractor and real estate investor, I know how convoluted the bureaucratic system has become over the last 40 years. It needs to be more business friendly to attract development and businesses.” He said his time on the planning commission has familiarized him with the fashion in which government operates from the inside.
A 20-year resident of Grand Terrace, McConnell attended high school in a small town in Ohio.
McConnell has been caught up in pursuing the American dream his entire adult life and appreciates the challenges that entails for the average person.
“I bought my first house at 21 and immediately got my real estate license. Later on as I was buying fixer-uppers, I got my contractor license. I am a self-employed entrepreneur. A real estate broker with more than 40 years in the business, I am the editor of the Grand Terrace Happenings, a community newspaper. I was a general contractor for over 30 years, and from time to time I buy distressed property and have to weave my way through City Hall’s bureaucratic system.”
No longer married, McConnell has two grown sons.
“I am a fighter,” McConnell said. “I don’t roll over and take a no from the bureaucrats. I find a way to make things happen. I think out of the box, and get creative when encountering a roadblock in the system.”
-M.G. 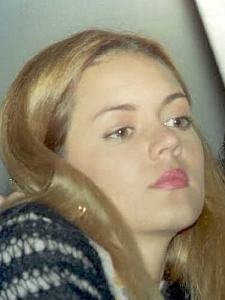 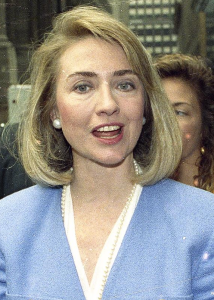