As of press time, a 27-year-old man known to authorities but publicly unidentified has not been arrested or charged with the July 11 fatal shooting of a 29-year-old Crestline man.
There is conflicting information about the incident. One version of events was that the man who wielded the weapon did so only after he was physically assaulted just prior to the shooting by at least one of three individuals who had confronted him. One of those three is believed to be associated with someone who had previously inflicted upon the 27-year-old grievous injuries. Others have cited inconsistencies in the narrative of what occurred, suggesting the fatal shooting was an overreaction.
According to the sheriff’s department, “At 9:17 p.m. deputies were called to Goodwin’s Market for a call of shots fired in the parking lot. Deputies arrived and found Sammy Davis on the ground suffering from a gunshot wound and an off-duty nurse administering medical aid. Davis was transported to St. Bernadines Hospital where he was pronounced deceased at 10:12 p.m.”
Subsequently, homicide detectives responded to the parking lot of Goodwin’s Market at 24089 Lake Gregory Drive in Crestline to conduct an investigation. There they were told by the unidentified 27-year-old man, whose place of residence was not provided, that the deceased, now fully identified as Sammy Lee Davis, and two other men had approached him.
In its report on the case, the sheriff’s department referred to Davis as the “suspect,” and the man who shot him as the “victim.”
“The victim recognized one of the men as an associate of the suspect that assaulted him in January 2019, which resulted in hospitalization,” according to a report of the July 11 incident provided by the sheriff’s department. “He felt threatened as the three subjects approached, verbally taunting him, and retrieved his firearm from a compartment in his car. One of the subjects, Sammy Davis, grabbed the victim’s shirt and punched him multiple times. The victim fired his gun, striking Davis and stopping the assault.”
According to the sheriff’s department, “The investigation will be submitted to the district attorney’s office for review.”
That investigation has yet to be closed out and is being conducted by Detective Eric Ogaz under the supervision of Sergeant Angelo Gibilterra.
A report, unverified by the Sentinel, is that the individual described as the victim in the sheriff’s department’s report did not have a concealed weapon permit. The information supplied by the sheriff’s department implies, but does not explicitly state, that the gun retrieved by the 27-year-old man from his car and used in the shooting was loaded.
Under California law, an individual without a concealed weapon permit can transport a firearm in a vehicle only if the firearm is unloaded and locked in the trunk or in a reasonably secure place in the front of the vehicle, with the ammunition for the gun in the opposite location, either the trunk or in the vehicle, which also must be locked.
While many of those who carry firearms in their vehicles consider having them unloaded to be impractical, carrying a loaded firearm in a car or truck can be charged as a misdemeanor if discovered by a law enforcement officer. A second such offense can be ratcheted up to a felony.
The use of an illegally carried gun for self-defense is subject to a myriad of conditions, circumstances and considerations. A prosecutor is not bound to charge an individual in possession of a loaded firearm with a crime. Further, that an individual was in defiance of the law by illegally carrying a firearm in a vehicle could be deemed irrelevant as to whether that individual’s claim of self-defense in using the firearm is valid. Under California law, self-defense deals with whether an individual reasonably believed he or she was in imminent danger of great bodily injury or death, and that the use of deadly force was necessary under the circumstances. Such evaluations are done on a case-by-case analysis.
Of importance in the case of Sammy Davis’s shooting is whether the danger to the shooter was imminent. That he was able to make his way to his vehicle and get his firearm could be interpreted as an indication that he was no longer being confronted by any of the three men he encountered. If he retrieved his gun from his vehicle and went back to confront them, that could obviate his self-defense assertion.
Davis had a criminal record. Superior Court files show that on April 18, 2012 he entered a plea of guilty on a charge of burglary filed against him on May 11, 2011. On April 11, 2011, he entered a plea of receiving stolen property that was filed against him on April 1, 2011. On February 15, 2012 misdemeanor charges of drunk in public and failure to appear filed against him on November 17, 2011 were dismissed. On February 29, 2008, Davis pleaded guilty to a felony burglary charge that had been filed against him on February 26, 2008.
Statements by witnesses to the event are likely to have a substantial bearing on whether charges will be filed in the case.
On social media and in other forums, opinion against Davis and in favor of the shooter were running at a rate of roughly four-to-one, with some expressing the view that Davis got what was coming to him and others stating the shooting was a clear case of justifiable self-defense. Still the same, there were expressions of reservation about the necessity of the shooting as well as questions about or statements relating to the legality of the shooter’s possession of the firearm.
-M.G. 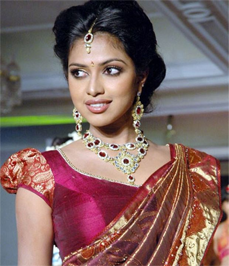