Dan Ramirez is seeking election to the Hesperia City Council in that city’s newly-drawn Second District, he said, “because I am tired of seeing elected representatives not heeding the concerns of the residents. I believe council members should represent the interests of the residents first. A cornerstone of my campaign is to provide transparency and be a voice for the residents of Hesperia.” 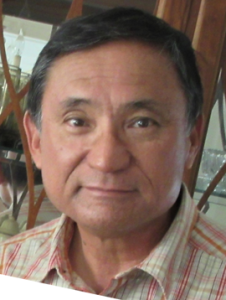 He is qualified to hold the position of city councilman, Ramirez said, by virtue of his professional training and performance. “I have over 40 years management experience leading different organizations,” he said. “I understand the complex world of running organizations, trying to solve problems, managing change and adverse situations.”
He stands above his competition for the post, Ramirez said, in that “Out of five candidates for District 2, I am the only one who has actual business experience running manufacturing firms, business departments. I am well acquainted with completing multimillion dollar projects, working with multimillion dollar budgets, working with diverse employees and staff to attain goals and objectives. And, out of the five candidates, I am the only one with advanced educational degrees, having attained both a bachelor’s and a master’s degree. In addition, I am the only one of the candidates that has a title of ‘professor,’ having taught business classes at Victor Valley College the last 24 years.”
“Crime, infrastructure, roads and the Tapestry Project,” Ramirez said, are the major issues facing the city at present.
In sizing up how those issues should be addressed, Ramirez said, “With 58 sworn law enforcement personnel, the San Bernardino County Sheriff’s Hesperia station is one of the busiest in the county. But they can’t be everywhere. With the rise in crime, residents need to partner with law enforcement and take an active role in combating crime. ‘Leave it to the cops’ is not an attitude that results in a safe community. We need to be involved, even if it is only picking up the phone and reporting suspicious behavior. The Hesperia station has 74 volunteers who do the work of 11 full-time deputies. Think of the impact on crime if at least 30 percent of our residents got involved in neighborhood watch programs, patrol programs, school programs, etc. We need active residents to make a difference in Hesperia.”
Ramirez continued, “Lake Arrowhead Road needs to be four lanes, with two lanes in each direction, from Main Street to Highway 138. Highway 138 needs to be four lanes from Lake Silverwood to the 15 Freeway. Ranchero needs to be four lanes from 7th St to the freeway. Hesperia Road, Maple Street 7th Street, 3rd Street, 11th, Street, Summit Valley Road and Mariposa all need to be 4 lanes. And all of the roads mentioned need to be repaved as a start in any discussion involving traffic problems in the city.”
Ramirez weighed in on the impact of the Tapestry Project, a master planned development consisting of 16,000 residential units on a portion of 9,365 acres controlled by the Terra Verde Group that lies north of the 138 and 173 highways and south of eastern extension of Main Street. “The Tapestry project needs to be revisited,” Ramirez said. “Bringing 16,000-plus dwelling units into a small mountainous valley would severely impact infrastructure, roads, police services, fire services, water supply. Look at just one scenario: how many times has the area been affected by fire in the past few years? Now add 25,000 to 40,000 people living in the area. How would evacuations be carried out given the woeful state of existing roads in the area? I was told Highway 138 would be widened to four lanes ‘in the future.’ No timetable was given. In the future. Well, in the future, all sorts of things could happen. We don’t need a tragic episode to point out the faults of cramming 40,000 people into a small area and not have the means to rapidly evacuate those people.”
The community of Hesperia can reduce the cost of implementing needed changes to the way the city conducts itself, Ramirez said.
“If we utilize more volunteers, there would be minimal costs involved in raising personal safety,” he said. “I am saying that residents need to take a personal interest in their safety by watching out for themselves and their neighbors. Instead of an attitude of ‘let the cops handle it,’ adopt an attitude of ‘This is my city. If I see something I am going to call the police and other neighbors.’ The state of the roads did not happen overnight. It will take years of consistently tackling neglected roads before we can have safe streets that can handle the expected volume of traffic. The city is experiencing an uptick in building requests which directly increase developer’s fees that add to the city coffers. The city is starting to increase commercial development along the 15 Freeway corridor which means increased funds through sales tax fees. Expected growth can bring in needed revenues to pay for needed infrastructure improvements.”
Ramirez said, “The costs involved in the Tapestry Project should be borne by the developer. There will be costs as the area around the project is improved, but once again, the expected revenue mentioned previously can be used to fund those expenses.”
Ramirez lays legitimate claim to having been involved in Hesperia’s civic affairs right from the time of its incorporation three decades ago. Professional commitments prevented him from remaining involved to the degree he would have wished in the interim, he said, but he now has the time and  opportunity to reengage.
“I was the chairman for City of Hesperia’s Citizen Advisory Committee in 1988,” he said. “Work requirements and eventually going back to school at night kept me from expanding my interests in civic activities. Starting to teach business classes at night at Victor Valley College in 1995 further kept me from acting on my civic interests.”
Ramirez has lived in Hesperia for 31 years. A graduate of Ontario High School, he obtained a bachelor’s degree in sociology from California State University at Fullerton and a masters degree in business administration from the University of La Verne. He was employed by Southern California Edison as the operations supervisor overseeing the company’s High Desert District facilities until he retired two years ago. For the past 24 years he has been on the Victor Valley College  staff as an adjunct faculty member teaching business classes at night. He has been married for 32 years and has two sons.
-M.G.