Hello everyone. I have been missing in action due to the pandemic. Unfortunately, I am not out and about much, which has kept me from exploring trends. Seems like lately we’re dressing our minds, and to

a certain that can be fun but nothing like getting out and seeing all the colors change with the weather, along with all the fun fashion trends people put together as they are out and about. It is my hope that soon we can all be out sharing our fashion get-ups as we get back to normalcy.

With that being said, we do have some sad news in the fashion industry regarding Pierre Cardin, who was born July 7, 1922, and died December 29, 2020. 98 years old, “Oh what a lucky man he was!” Pierre learned to tailor and went on to work for Christian Dior before he ventured out on his own. When Cardin plunged into the heart of the business, he first focused on men’s wear with an edge, creating styles labeled as “futuristic.” He designed the Beatles suits in 1963. 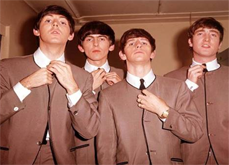 Moving forward with trendy Mod Chic designs, he became the rage of Swinging London. His designs were amazing, futuristic, yet minimal. An entire museum could be dedicated to his post modrrn eye of fashion. When it came to the Space Age, he was the first man in the astronaut suit. Pierre designed NASA space suits. When it came to women’s fashion, he was known for the famous bubble dress. He went from couture to mass production and labeled his name even on Pierre Cardin pens. In his later years, Cardin showed his collections only to a selected few. There is a documentary out there called “House of Cardin,” and several books, one being “Cardin’ by Jean-Pascal Hesse. The last man standing, “Pierre Cardin,” continued to work at his advanced age, and no cause was given with regard to his death. Because Pierre was a working man and lived such a long life there is so much to learn about him and his work. He had an eye for the future and it would be neat for an opportunity to physically view his work in display. Stay safe out there and get ready for the future!

“The clothes I prefer are those I have created for a life that does not yet exist, the world of tomorrow.” -Pierre Cardin