Apple Valley Town Council hopeful Dr. Matthew Pautz is seeking to break into politics in the spirit of the citizen ruler who makes a contribution to the community and then returns to being one of the ruled. “My main purpose for running for Apple Valley Town Council is to fulfill my patriotic duty, as exemplified by many of our founding fathers, George Mason being my model. I envision myself as the modern-day patriot – the farmer who lays down his plow, goes to the government seat, serves his community and then, more importantly, returns to his God-given occupation or trade in service of their community/nation. This country and community have given me so much in that I have been able to fulfill my dream of practicing medicine as an orthopedic surgeon, coming from humble beginnings. I feel it is my obligation to restore the ability to climb the social/economic ladder that has been pulled out from beneath younger generations by burdening them with tax debt, the benefits of which they have not and will not see.” 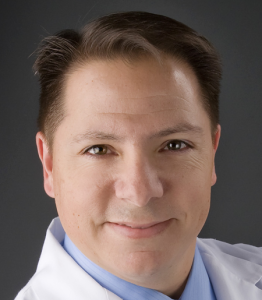 Pautz said, “My qualifications for the position of town councilmen, I think, would raise the least questions. In addition to my education, which includes a bachelor’s of science and biochemistry from UC Riverside, a master’s of science in health professions education and a doctorate of osteopathic medicine from Western University in Pomona, residency and training with board certification in orthopedic surgery, I have 18 years’ experience running a small business in Apple Valley. In addition, seeing the problems in caring for my patients through the bureaucratic nightmare that is modern medicine, I attended and subsequently graduated law school from Northwestern California University School of Law and passed the California bar examination last year. My leadership roles include being the medical director of numerous medical organizations and currently the chief of surgery at the Bear Valley Community Hospital District, also serving on the medical executive committee.”
Politically, Pautz falls outside the standard Democratic/Republican paradigm, and proudly celebrates his Libertarian affiliation. He is a member of the San Bernardino County Libertarian Party’s executive committee and is on the Judiciary Committee of the California State Libertarian Party. He said those positions have “given me the ability to listen to all sides of an issue and come to a rational, market-based solution. I will bring all of this education, training and experience to benefit the residence of Apple Valley.” His Libertarian orientation and commitment to the party, Pautz said, “distinguishes me from the other candidates running for this position. Additionally, many of the other candidates are quick to find government the solution to any problem they face while I would look for market-based solutions with a limited role by the government.”
Pautz said individuals and government need to show maturity and exercise discipline in their personal and collective comportment. “The major issues facing our town are not dissimilar from the issues facing all levels of government and, indeed, the middle-class as a whole. We spend too much, rely on others too much, take little personal responsibility and blame others for our problems,” Pautz said. “I will address those issues by a reining in our spending, limiting the role the town plays in individuals’ and businesses’ lives, boosting revenue by encouraging business formation and retention, lowering the regulatory burdens that limit the growth of our economy and looking to new sources of revenue that the future holds.”
He is not in favor of forcing taxpayers to throw money at problems in a quixotic attempt to redress social problems that were in the main created by governmental micromanaging or failed past policies, Pautz said, finding fault with “the current thinking by most people that the town/government must pay for the solutions proposed. If the town is run fiscally conservatively and additional streams of revenue are produced, as long as we don’t continue to overspend, the proposals pay for themselves and provide additional revenue for true disasters and smart growth.” The best government is that which governs the least and gets out of the way of the society’s most productive members. Pautz said.
Pautz said he is ideally suited to put the libertarian model into practice in a place such as Apple Valley. “Although this is the first time I’ll be running for elected office in government, my previous experiences that relate to running and managing businesses, corporations and diverse groups will allow me to serve the best interests of the town’s residents,” he said. “Having a law degree also allows me to see sides of issues that non-lawyers cannot fathom because of the complexity of our legal and bureaucratic system.”
He has a variegated perspective on local government, Pautz said. “I grew up in Redlands, where I met my wife at Redlands High School, where we graduated together in 1985. We stayed in Southern California as long as possible through college and medical school but ultimately had to travel to the East Coast for my orthopedic surgery residency training. My wife and I and our four children moved to Apple Valley in the year 2000, when I started my orthopedic practice. We did this not because of the inviting business environment of California or the relatively poor payer mix in Apple Valley, but because of our commitment and dedication to keeping the family together as most all of our immediate relatives live within an hour’s drive. The separation of families has contributed to our local and national decline and my commitment to family values and supporting the family will be at the core of my candidacy. My wife and I will be celebrating our 30th anniversary next year and we just welcomed our first grandchild from our older daughter in June.”
Voters who are interested and wish to know more about Pautz and his position statements can do so readily. “I have created a website as a repository for all this information and to give those who wish to do so the ability to contact me with additional questions at WWW.DrPautz4AppleValley.com,” Pautz said. “I have also created a Facebook page and Twitter account that can be accessed from the website. I welcome input, especially from those who live and work in Apple Valley, since I will be serving them directly. I have additional hopes that Apple Valley’s success, under my leadership, can serve as a model for other towns and cities in California which, hopefully, will spread to Sacramento so all of California can prosper and enjoy restored liberties.”
-M.G.