Joseph Richardson is seeking election to the Redlands City Council in District 3 in this year’s election, the third electoral contest in the city’s 130-year history wherein council members are not elected at large but rather from within the city’s five wards.
In this year’s once-again established district voting, under an electoral map approved last year by the existing city council, Richardson finds himself in the same ward as sitting councilman Paul Barich. Challenging Barich along with Richardson are Enrique Estrada and Mike Saifie. Richardson said, “I am running because Redlands has been very good to me and my family. I have been involved in the community for 30 years, first as a student at the University of Redlands. My family and I came to live in Redlands permanently 13 years ago. My passion is communication, and this is the next step of my involvement in the community. My goal is to build bridges with all types of people to move Redlands forward. We want to give everyone in Redlands a seat at the table.”
Richardson said he is qualified to hold the position of city councilman because “I am a lawyer by training and would bring an analytical eye to city government. I also have both passion for communicating and bridgebuilding, and compassion for people.” 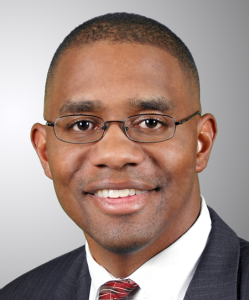